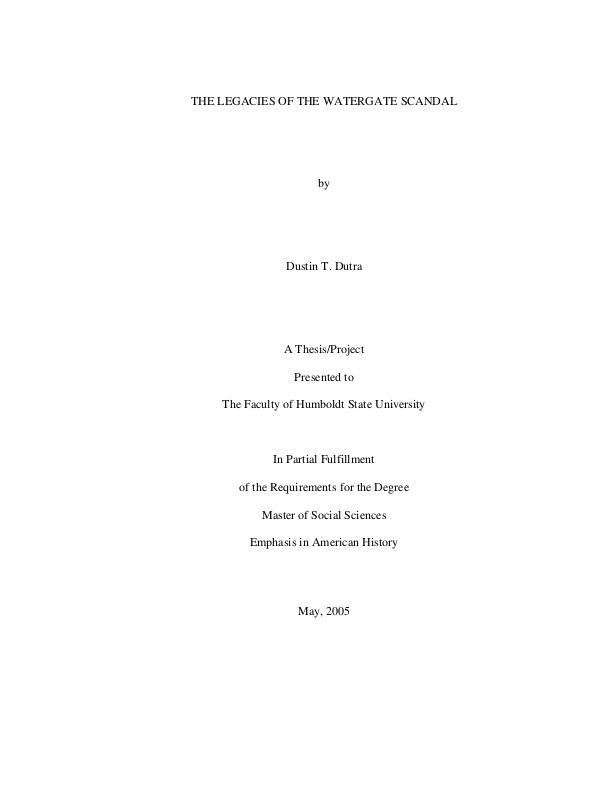 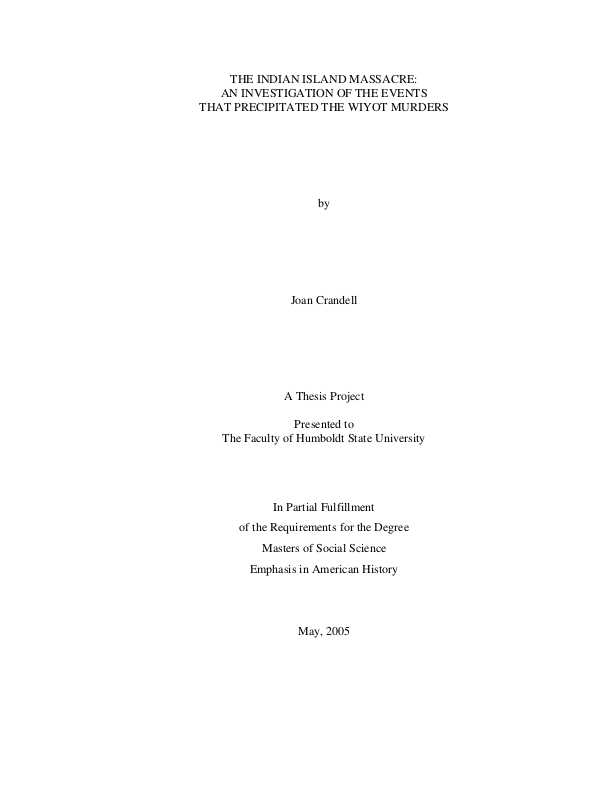 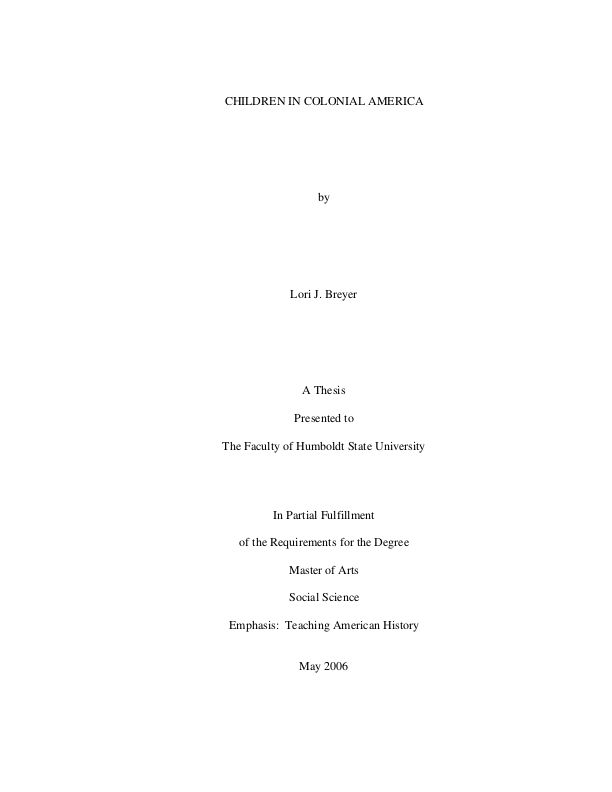 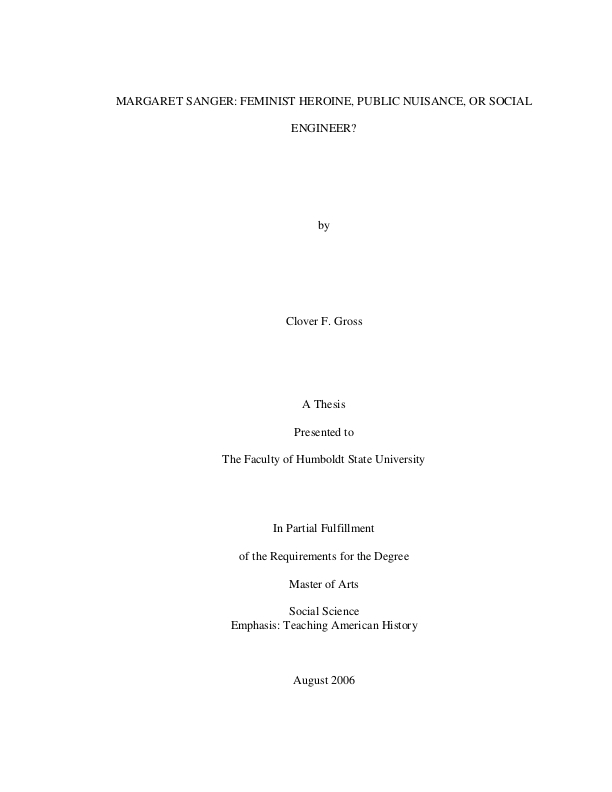 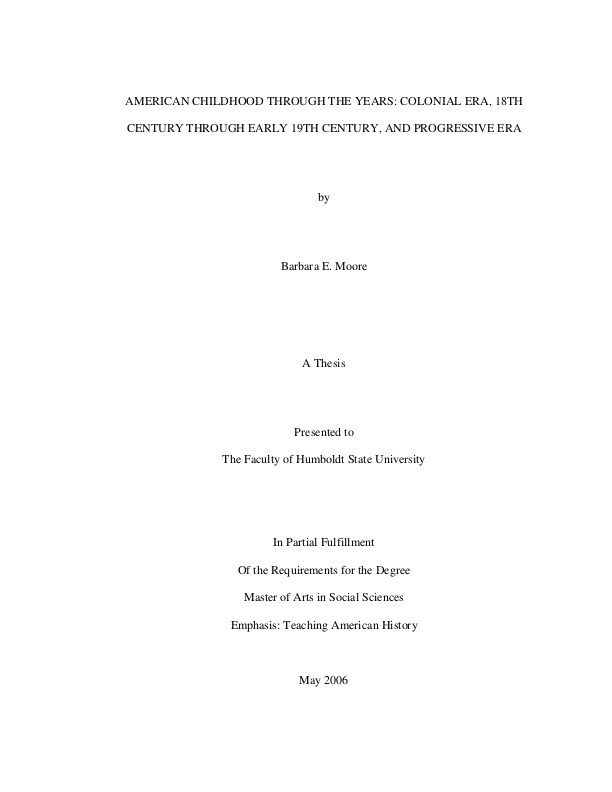 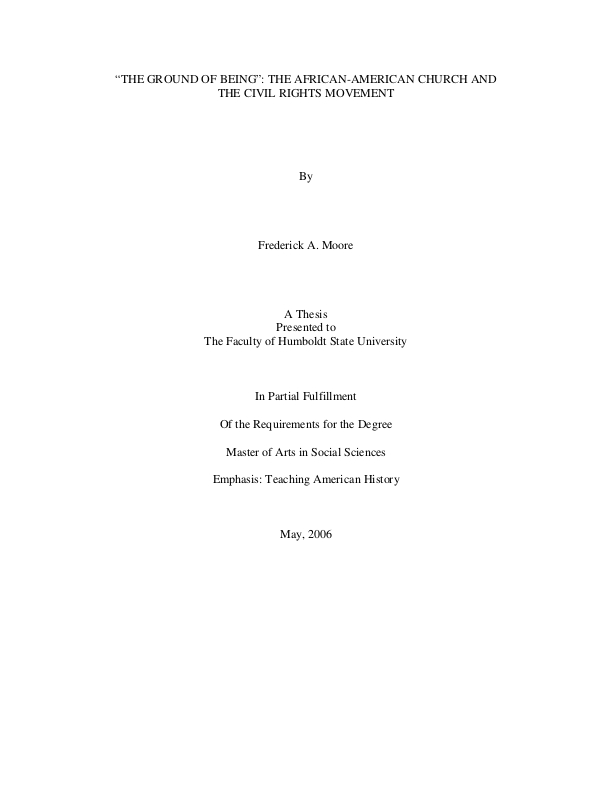 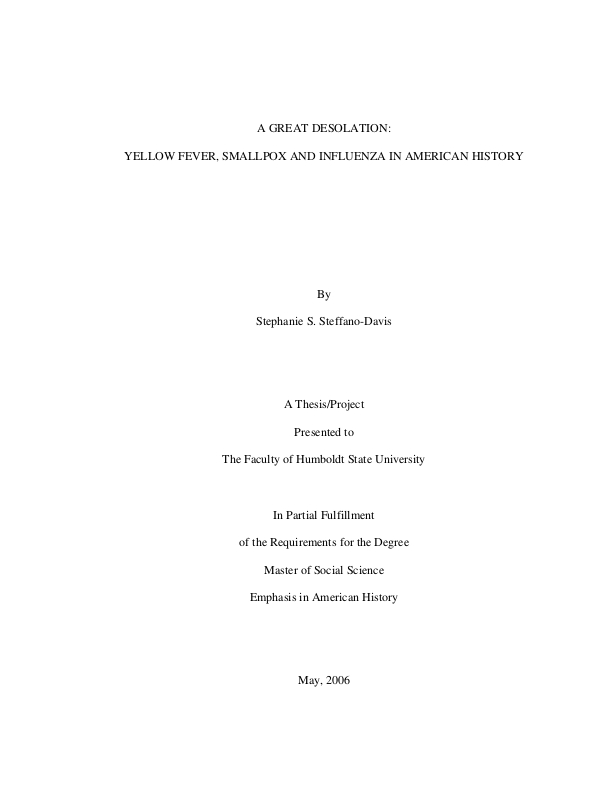 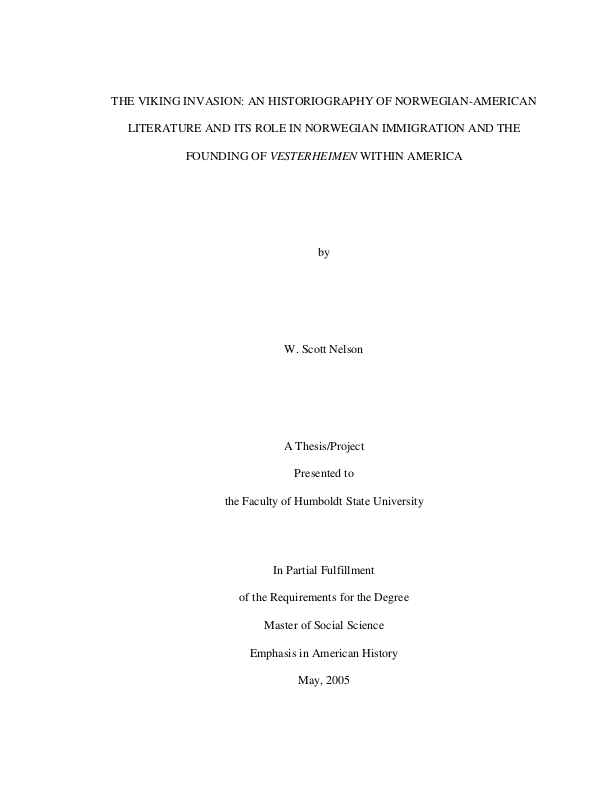 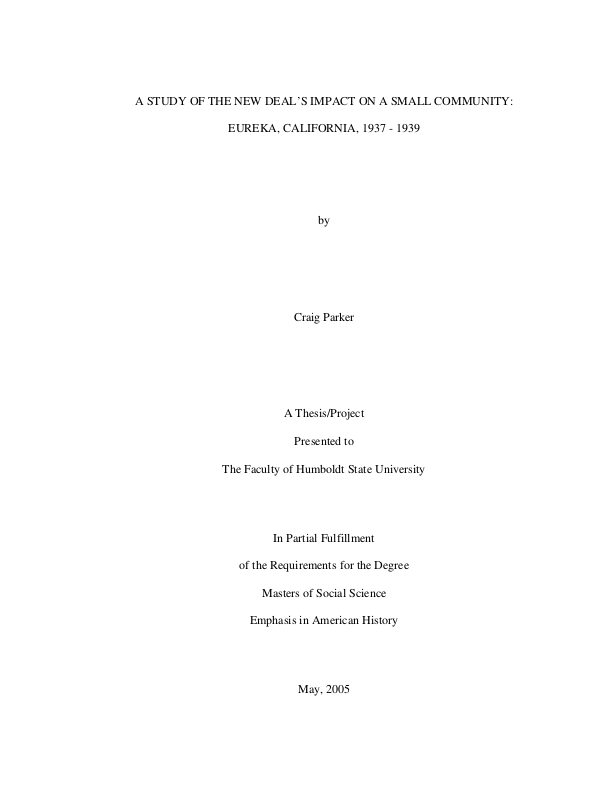 The legacies of the Watergate scandal
1 of 10

Indian Island massacre : an investigation of the events that precipitated the Wiyot murders
2 of 10

Children in Colonial America
3 of 10

Explorers or entrepreneurs : mountain men of the far west
4 of 10

"The ground of being": the African-American church and the civil rights movement
7 of 10

A great desolation : yellow fever, smallpox and influenza in American history
8 of 10

The Viking invasion : an historiography of Norwegian-American literature and its role in Norwegian immigration and the founding of Vesterheimen within America
9 of 10