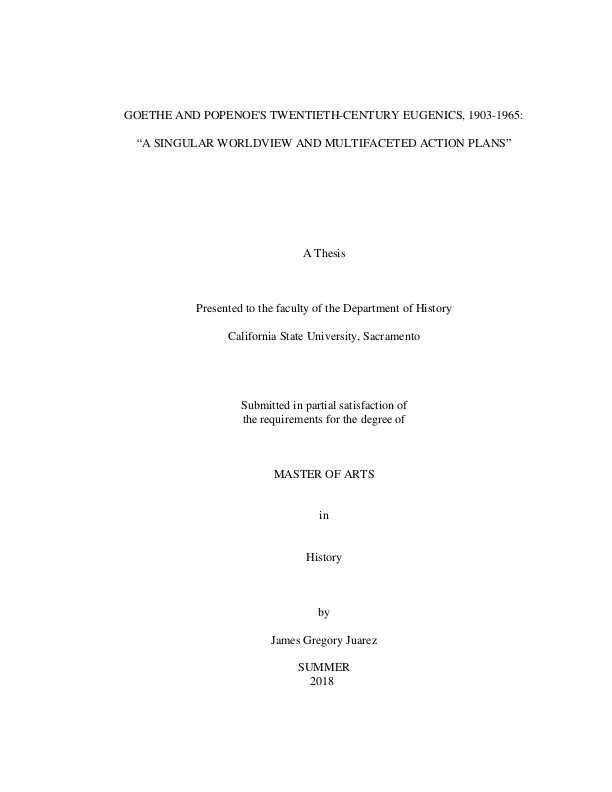 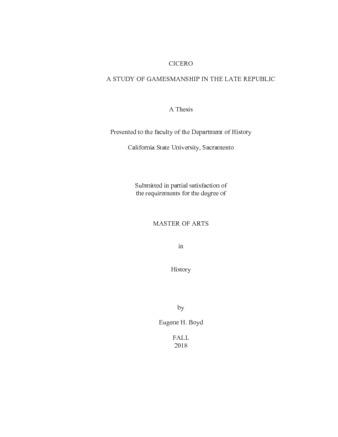 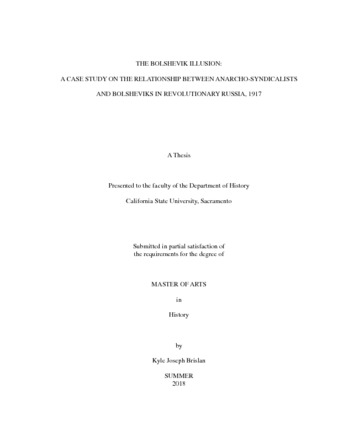 Goethe and Popenoe's twentieth-century eugenics, 1903-1965: "a singular worldview and multifaceted action plans"
1 of 10

Cicero: a study of gamesmanship in the Late Republic
2 of 10

The Bolshevik illusion: a case study on the relationship between anarcho-syndicalists and Bolsheviks in revolutionary Russia, 1917
3 of 10

Argonauts and Indians in the California Gold Rush: an analysis of the Sacramento-region press 1848-1860
4 of 10

New Era: the political perceptions of the Hindustani Ghadar Party
6 of 10

The attack on the USS Liberty
9 of 10

Conspiratorial politics: the Friends of Progress and California’s radicals of the right in California during World War Two
10 of 10