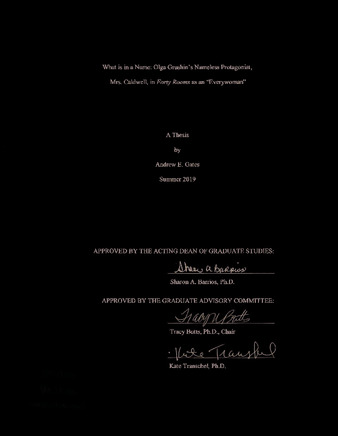 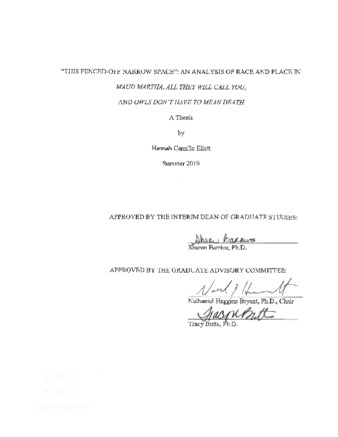 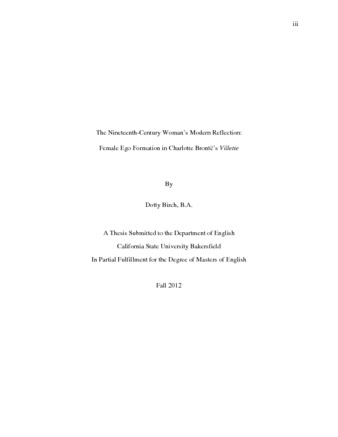 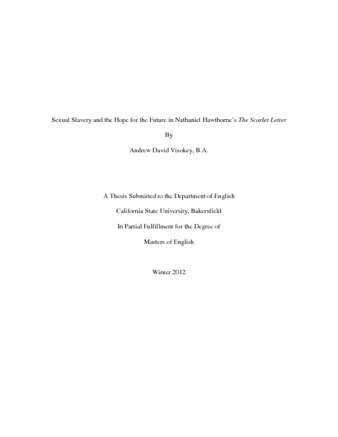 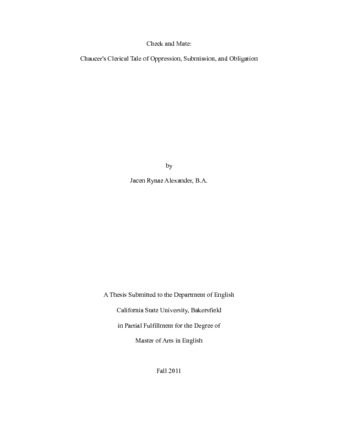 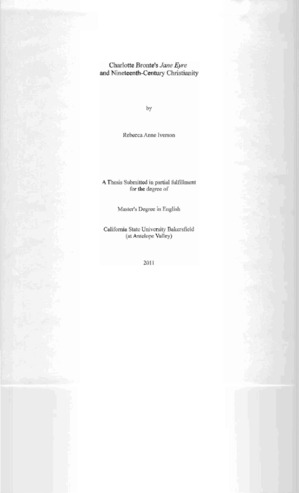 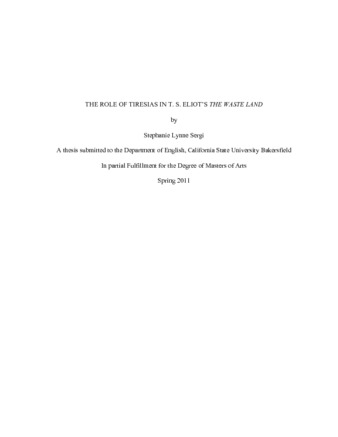 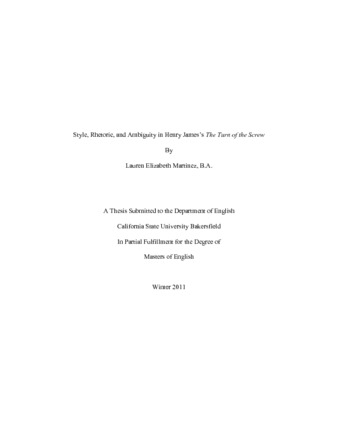 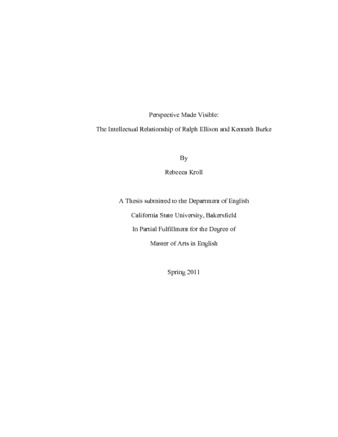 What is in a name: Olga Grushin's nameless protagonist, Mrs. Caldwell, in Forty Rooms as an "everywoman"
1 of 10

"This fenced-off narrow space": an analysis of race and place in Maud Martha, All They Will Call You, and Owls Don't Have to Mean Death
2 of 10

Check and mate: Chaucer's clerical tale of oppression, submission, and obligation
5 of 10

"Against either scale": analyzing Jesuitical equivocation in the porter scene in William Shakespeare's Macbeth
7 of 10

Style, rhetoric, and ambiguity in Henry James's The Turn of the screw
9 of 10

Perspective made visible: the intellectual relationship of Ralph Ellison and Kenneth Burke
10 of 10