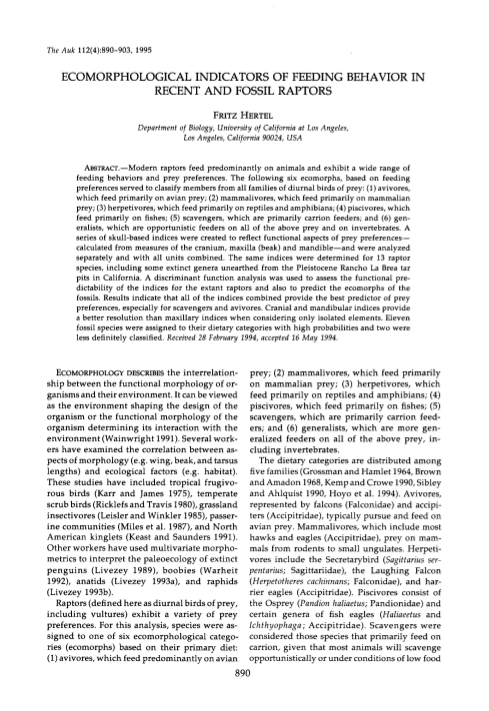 Ecomorphological indicators of feeding behavior in Recent and fossil raptors