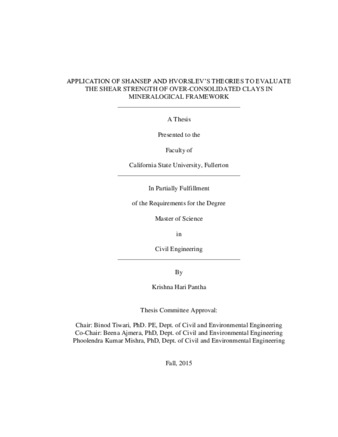 Application of Shansep and Hvorslev's Theories to Evaluate the Shear Strength of Over-consolidated Clays in Mineralogical Framework.