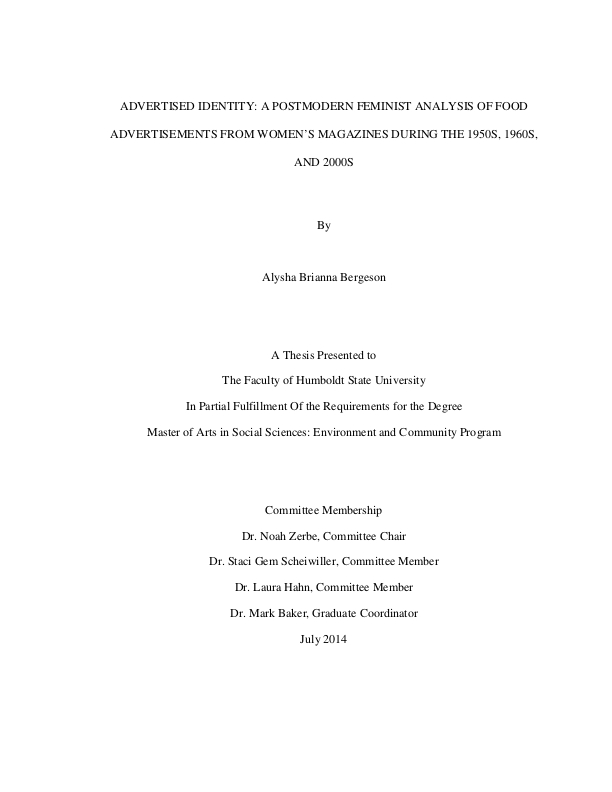 Advertised identity: a postmodern feminist analysis of food advertisements from women’s magazines during the 1950s, 1960s, and 2000s