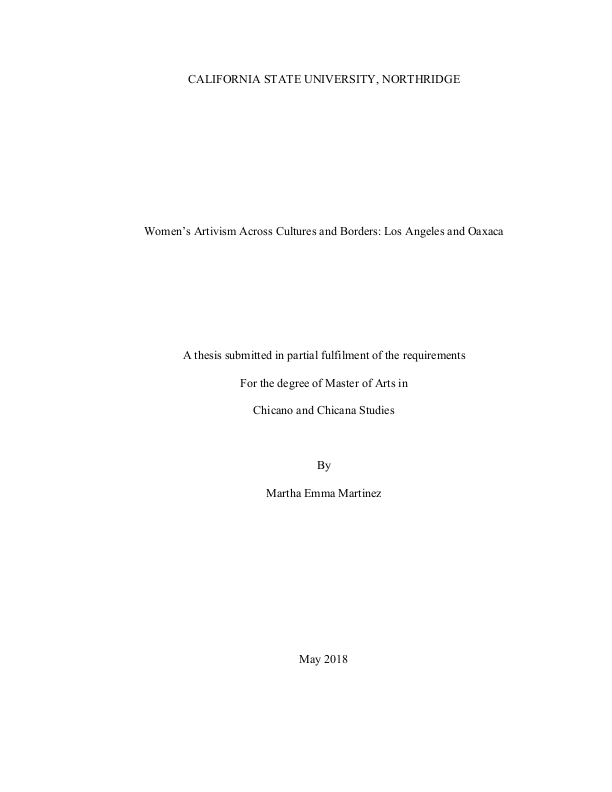 Women's Artivism Across Cultures and Borders: Los Angeles and Oaxaca