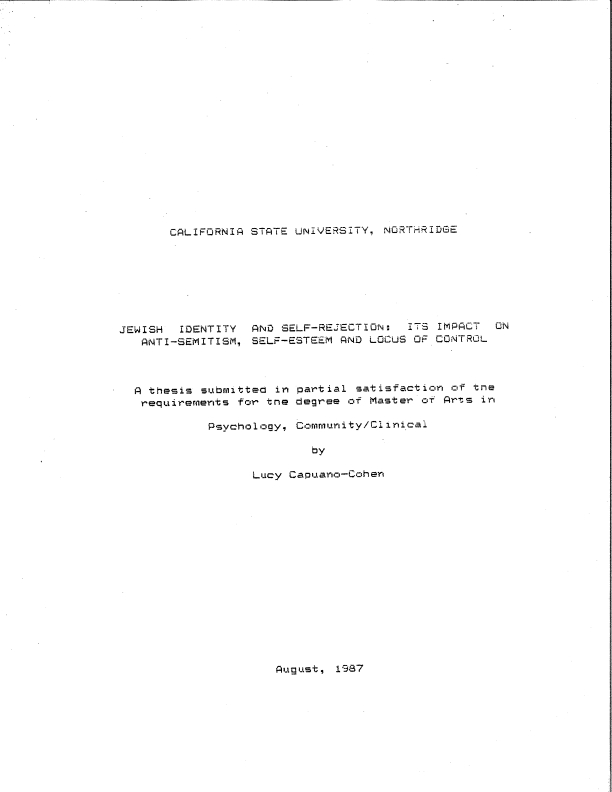 Jewish identity and self-rejection : its impact on anti-Semitism, self-esteem and locus of control