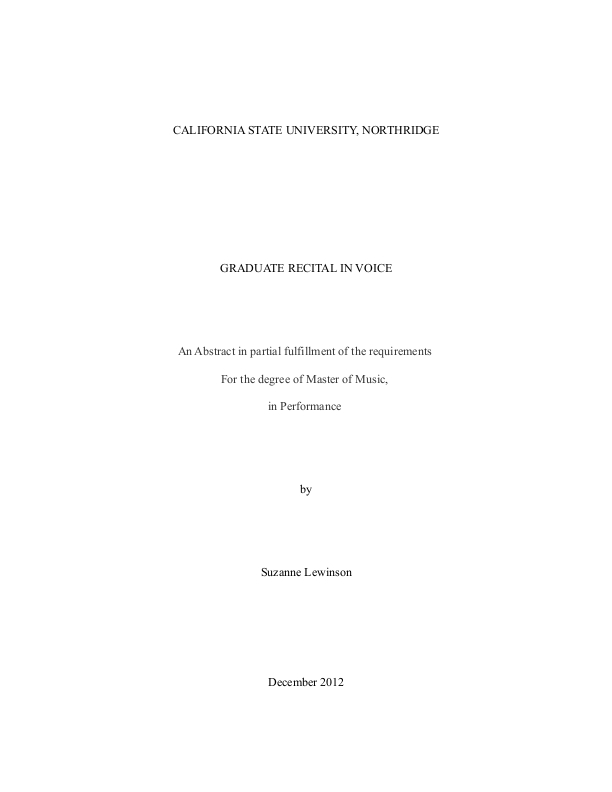 The songs in my recital are songs throughout several time periods focused on many aspects on love. There are many themes in these pieces which reflect any woman's life. Looking for love, finding love, losing love, and just being mad about love. These songs span many time periods throughout music from the classical period to songs written as recently as 1997. The songs in this recital feature: a concert aria, French mélodie, German lied, and Russian and English art songs. Austrian composer, Wolfgang Amadeus Mozart (1756-1791) is known for the multitude of works written in his brief lifetime. Mozart is best known for his symphonies, extensive list of concertos for instruments, and 22 operas. Throughout his life, he wrote 60 concert arias, with the majority - 35 - for the soprano voice. The concert aria "Vado, ma dove?" was one of two insertion arias written for Martin y Soler's 1789 opera, Il Bubero di buon core, "The Goodhearted Churl" . The other aria was, "Chi sa, chi sa, qual sia." The text was written by Lorenzo da Ponte who wrote Mozart's famous operas, Don Giovanni, Le Nozze di Figaro, and Così fan Tutte. The aria, "Vado, ma dove?" is written in a two-part form. The aria begins with a fast allegro section to convey confusion. The second section has a slower andante sostenuto section, demonstrates loving and tenderness. In the andante sostenuto section, the piano accompaniment, has a constant triplet rhythm, while the voice is in a duple meter. (See more in text.)