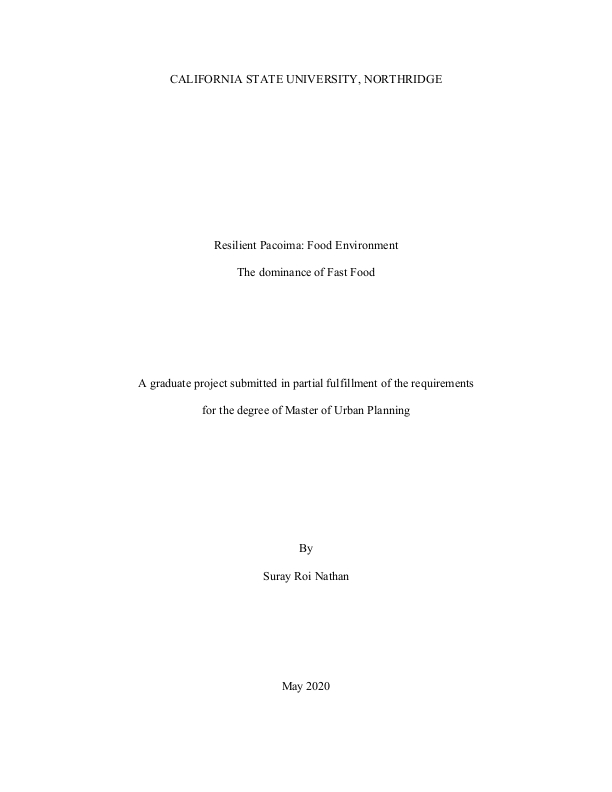 Resilient Pacoima: A Plan for Building a Stronger Community