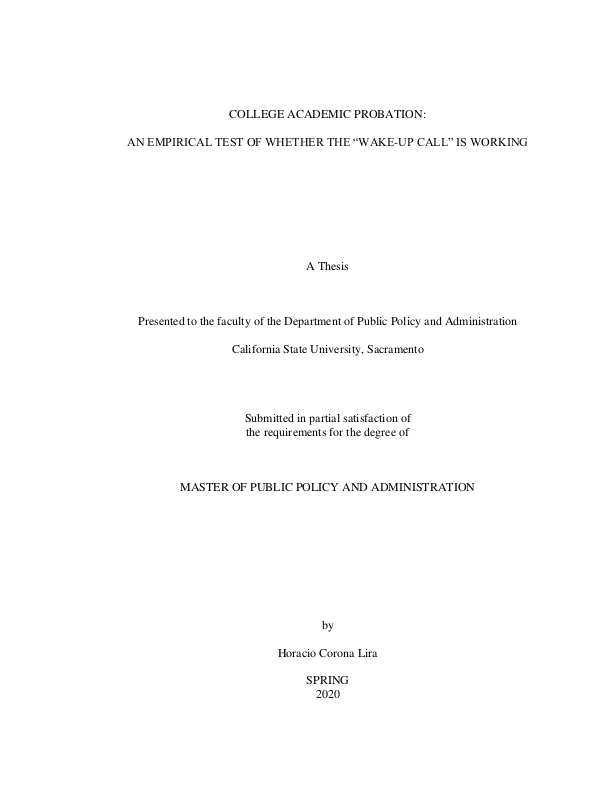 College academic probation: an empirical test of whether the "wake-up call" is working